Tech Giant and Apple continues to innovate, but Jobs created the environment to sustain innovation. 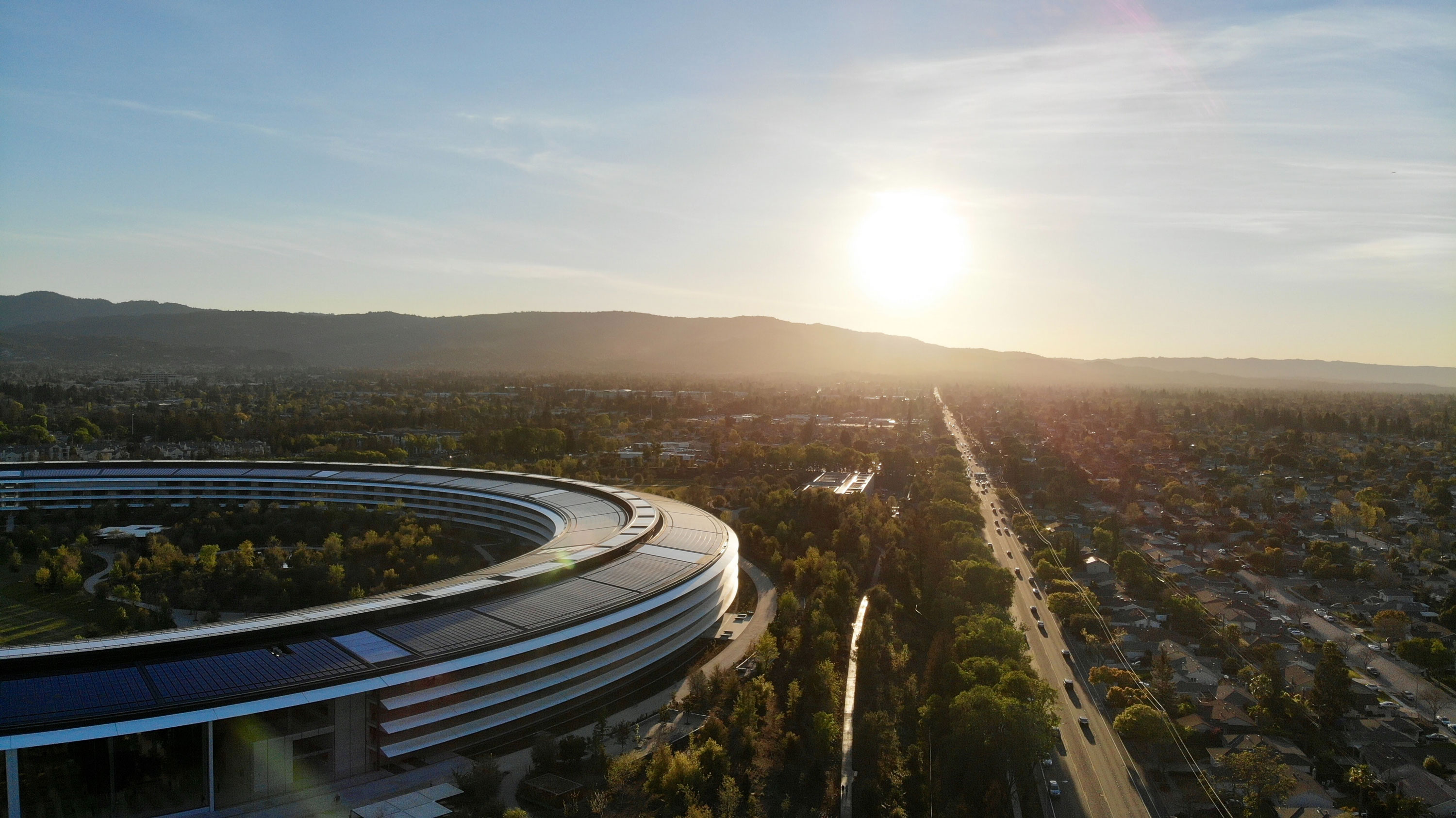 “We’re here to put a dent in the universe.
Otherwise why else even be here?” —Steve Jobs

Steve Jobs embodied the spirit of John F. Kennedy’s call to face the daunting challenge of going to the moon. Apple doesn’t launch spacecraft, but it surely launches products.

In the first quarter of 2019, Apple announced their active installed base of devices reached 1.4 billion. The record-breaking stat includes iPhones, Macs, iPads, Apple TVs, iPods, and Apple Watches, but it doesn’t even account for accessories like ubiquitous AirPods.

These category-redefining products weren’t invented single-handedly by Jobs in his garage; there are hundreds of brilliant people at Apple to which we owe credit for the company’s creations. However, Jobs was the guy who created the environment those products were built in.

A metal and glass circle that is—naturally—visible from space, Apple Park in Cupertino, CA is 2.8 million sq ft in size. Remarkably, while the $5 billion budget is a huge outlay, it only represents about two percent of Apple's gargantuan cash reserve, which exceeds $200 billion.

Jobs sought to balance an engineer’s need for intense concentration and the brainstorming that unearths innovation. The workspace needed to support people being open to one another and open to nature.

Though his aims were not just aesthetic. Jobs was particularly inspired by ambling in nature, so he envisioned how Apple workers would do that too. “Can you imagine doing your work in a national park?” says Apple CEO Tim Cook. “When I really need to think about something I’m struggling with, I get out in nature. We can do that now! It won’t feel like Silicon Valley at all.”

In life, Jobs was ferocious about details. As with Apple's products, he wanted no seam, gap, or paint brush stroke showing; every wall, floor and ceiling is to be polished to a supernatural smoothness. Since his passing, followers strive to be true to his spirit.

Jobs specified how and when the timber wall linings should be cut, to minimize sap content. There is a yoga room is covered in stone from just the right quarry in Kansas; it has been carefully distressed, like a pair of jeans, to resemble the stone at Jobs’ favorite hotel in Yosemite.

Apple Park uses the largest, heaviest single pieces of glass ever installed on a building, with the added complication of curvature. The sliding glass doors to the cafe are four stories high and each weigh 440,000 lbs; they open and close with the help of nearly-noiseless underground mechanisms.

The aluminum door handles have been through multiple prototypes to achieve their perfect form. The stairs use fire control systems borrowed from yachts. The glass is treated to exactly the desired level of transparency and whiteness.

It is powered by 100 percent renewable energy from multiple sources, including 17-megawatt rooftop solar panels. During periods of low occupancy, the facility also gives clean energy back to the public grid.

There are 9,000 drought-resistant trees on the Apple Park campus. Employees have two miles of walking and running paths, underground parking, plus a meadow and pond. 1,000 bikes are readily available on-site for staff to get around.

Additionally, Jobs insisted on the use of base-isolation technology to provide protection in the event of an earthquake. The entire building rests not on the ground, but on almost 700 massive stainless steel saucers, which allows the campus to shift up to four feet.

As Design Museum director Deyan Sudjic wrote in his book The Edifice Complex, the execution of architecture “has always been at the discretion of those with their hands on the levers of power.”

Tech giants are now in the same position as great powers in the past: bankers of the Italian Renaissance, Victorian railway companies, skyscraper-builders of the 20th century. Their size and wealth find expression in spectacular architecture.

The perfection of Apple Park elevates and inspires its workforce to match that environment in the products they create. The environment itself is meant to motivate engineers, designers—and even cafe managers—to aspire for ever-higher levels of quality and innovation.

“Could we have cut a corner here or there?” Cook asks rhetorically. “It wouldn’t have been Apple. And it wouldn’t have sent the message to everybody working here every day that detail matters, that care matters.”

We can list the many incredible elements of Apple Park and stand in awe of the sheer magnitude of the structure, but Cook reveals the true driver:

It’s frustrating to talk about this building in terms of absurd, large numbers. While it is a technical marvel to make glass at this scale, that’s not the achievement. The achievement is to make a building where so many people can connect and collaborate and walk and talk.

The value, he argues, is not what went into the building. It’s what will come out.